According to CDC data, studies are getting better at estimating the influenza vaccine effectiveness.

With the 2017-2018 flu season still going on in the USA, there are already some indication that vaccines have some effectiveness (although its target strains were mismatched). The CDC reports how it measures vaccine effectiveness here and I was interested in their confidence intervals (the interval that takes into account uncertainties to extrapolate to the broader, unknown population).

Here is the same graph as on the CDC page, but with confidence interval: 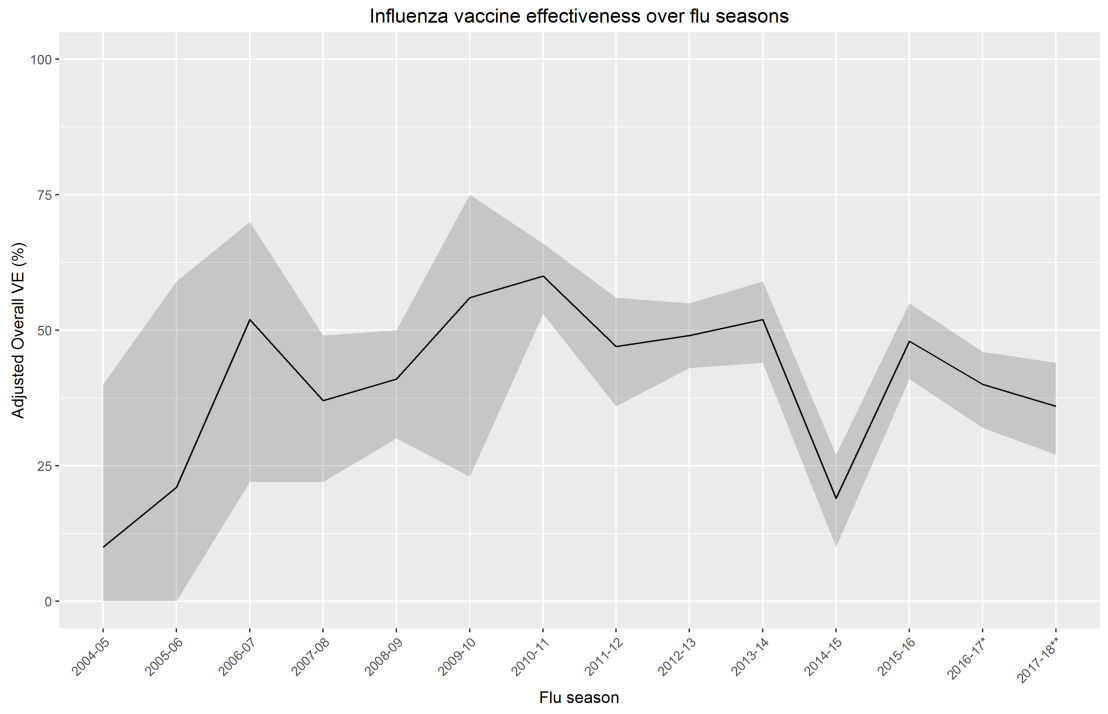 You can already notice it above but the graph below confirms that the confidence interval becomes narrower with the various flu season. This can come from various reasons. One obvious reason is that early seasons (< 2007-08) had a very small sample size (< 1,000). But overall, we can notice a gain of certainty around the effectiveness (the lower the line below, the more certainty). 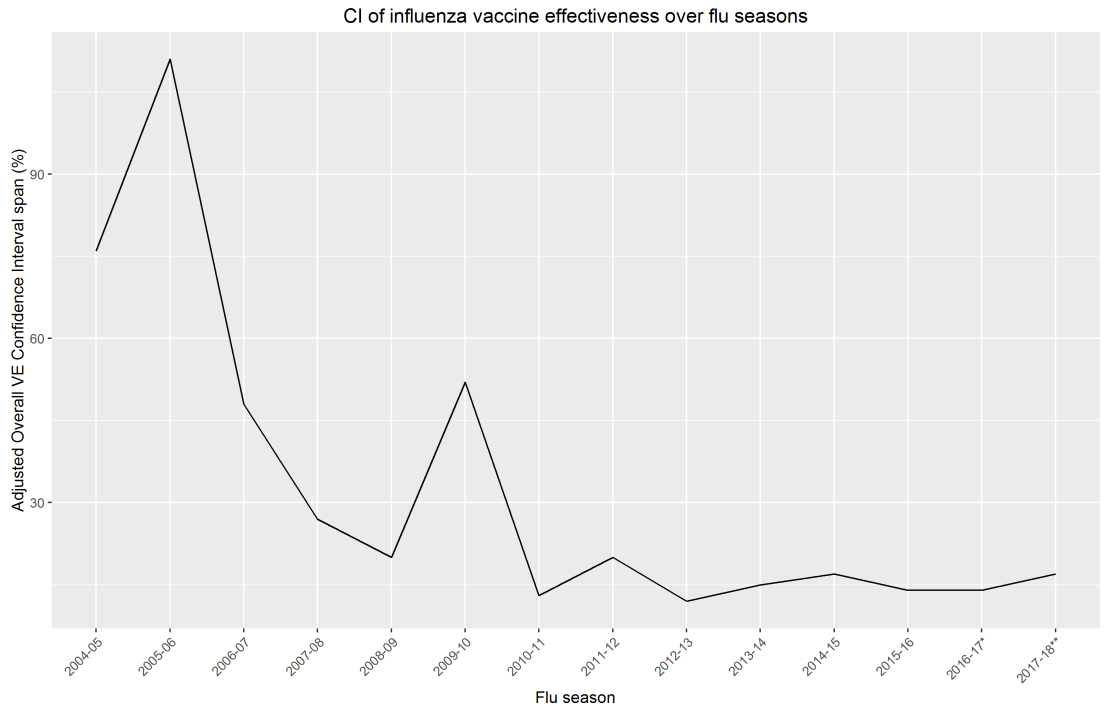 As usual, the dataset (and code to generate the graphs above) are on my Github repo.